Rapper Mac Miller was quoted on Vlad TV as having said Golden era music is similar to 2013. His full quote

“Artists right now are making some of my favorite music in Hip Hop that’s ever been made, I think that in many years this year will be looked back on as a very special time and there hasn’t been anything that as a movement has been as big as this since the quote-unquote Golden Age.”

Sadly, Mac Miller is young, ignorant and arrogant, which defines this generation of rappers. Like a lot of Hip Hop influenced kids his age, white and black, he probably has good intentions deep down. But because he’s young, arrogant and ignorant, the shit he says sounds stupid to anyone with a little bit of knowledge or life experience.

To compare these mainstream rappers of the new school to the legends of the Golden era, is laughable at best. Rappers of today, in no way compare to the top tier emcees like Rakim, KRS, Nas, Pac, Biggie, G Rap, Big Daddy Kane, Slick Rick, Brand Nubian, Outkast, Scarface, Public Enemy etc. But I’m also sayin most of these new rappers (both black and white), best songs, don’t compare to the best songs of second tier emcees like EPMD, DAS EFX, Redman, Ras Kass, 3rd Bass, De La Soul, AZ, Smif n Wessun, KMD (where MF Doom came from), Nice and Smooth, Big L, MC Lyte, Keith Murray and so many others. The rappers of today talent is limited by their greed and lack of originality. They’re a bunch of followers. 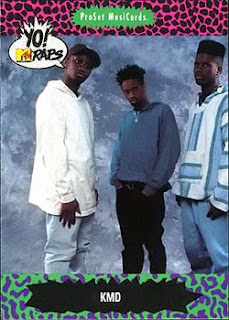 But don’t think “white” boys fucked up Hip Hop. Mainstream American values like greed, fraud, and theft, fucked up Hip Hop. There are so-called “white” boys overseas and around this country that feel real Hip Hop and wouldn’t automatically agree with Mac Miller. So-called “black” ppl like Gucci, Souljah Boy, French Montana, and all their clones do more damage than Mac Miller does to the hip-hop music genre. Even Vlad is not as bad as Q from Worldstar and has some love of Hip Hop. However, like a lot of older cats from the Golden Era, they (Q and Vlad) felt that they had to sell out and do bullshit because that’s how to get paid easier. The young kids saw that and ran with it to the point they are right now, a bunch of misguided wannabees. Still, that is really just the mainstream rappers, and there are other elements of Hip Hop that so-called non-blacks hold down everyday.

I’m talking about b-boying, graffiti, beat boxin, and deejayin. The highest paid deejays in the World are EDM deejays who are all pretty much “white”. Some of the best b-boys are Asian. And some of the best graf artists are Spanish (i.e. South Bronx and California). The biggest beat boxin competitions I’ve ever seen on video come from Europe. So people got to confront their racial thinking when it comes to Hip Hop. Hip Hop, I mean True School Hip Hop, despite what Lord Jamar says, is colorblind. Jamar is a 5%, so of course he might feel that way. But he’s traveled overseas too and he knows what real love for Hip Hop looks like. This ain’t got nothing to do with “black or white”. The new school vs. the Golden era is about what is whack and what is dope. Lastly, The Native Tongue, or Def Squad or the Firm or Wu-Tang, would run through the whole roster of today’s hot rappers with the exception of Jay-Z, Lil Wayne and Kanye who can hold their own.